You are not enough.

It’s far past the time for me to share my thoughts on this. Without a doubt I’m going to ruffle some feathers and make quite a few people uncomfortable. However, growth comes with stepping outside of our comfort zone and challenging our current beliefs, so I ask that you consider this article with an open mind while understanding that what I’m saying here is part of a bigger picture that will unfold in additional posts. I fully believe you have been brainwashed. Nope. Not believe. I know. You have have been told since you were an infant that your body was not strong enough to overcome anything. But fear not, there is a pill to cure your ails. There are potions that we can inject into you because we know you’ll not be strong enough to fight chicken pox (unlike so many children did for generations before you). Your body is dysfunctional, this is why you over react to allergens, why your bronchial tubes go spastic in the presence of stressors (asthma). Your immune system is not only incapable of fighting what were once common childhood diseases, but at the same time it contains a chronic infection inside your tonsils and possibly adenoids, so lets just cut them out. As a women, your menstrual cycle is dysfunctional and an inconvenience that can be better managed with the help of The Pill. When you have trouble conceiving (after years of being on the pill) there will be drugs and procedures to improve you in that arena. Regardless of ability to conceive, every aspect of your pregnancy will need to be carefully monitored because it’s unlikely that you’ll be able to grow a baby that your body can birth on its own. It will be too big, so induce sooner than later. Labor will not be able to progress on its own, so you’ll have a cocktail of medications to augment progression and your choice of pain lowering medications because you’ll surely produce more pain than you can tolerate as a hysterical ticking time bomb, aka, woman. Again, because you won’t be able to get this baby out, you’ll likely be cut (episiotomy). Breastfeeding isn’t easy, and you should rest, so the hospital will separate you and your baby. He will begin his own life learning his inadequacies, without mommy close by, he has difficulty regulating his body temperature and perhaps breathing, but the hospital will be able to come to the rescue. Without your baby stimulating your breasts, you won’t be able to produce enough milk to satisfy his needs. Formula will save your baby’s life. It’s ok, some women just can’t produce enough milk (never mind how the entire natural progression of this entire situation has been hijacked starting with the induction of labor, heck, possibly before you even considered getting pregnant…another post). Your body is dysfunctional, this is why your blood pressure is so high. You’ve got a (theoretical, never been proven) chemical imbalance and don’t produce enough serotonin. That’s why you have these feelings of inadequacy. But it’s ok, we’ll inhibit serotonin uptake with this another chemical. Perhaps at some point, you realize this is all pretty crazy. I mean really, it seems like there is a drug for everything. You pay a fortune for health insurance, because you know without it you definitely couldn’t afford the medications that you can barely afford even with insurance. So you start poking around the internet for some natural cures. Well, maybe just some cures in general. A lot of the stuff you find seems to make a lot of sense. Who knew that coconut oil had all these uses and wow! There’s a lot of people touting its benefits. The same with kale and the latest craze seems to be turmeric. Maybe the latest is essential oils. Doesn’t matter. Another will soon come. None the less…soon you start to realize even in this world there are just about as many “natural” supplements you need to take for your ails as there are pharmaceuticals. On top of this, there are many things you need to avoid like the plague. Everything in your bathroom will kill you. Your shampoo, your soap, your hair spray, your lotion, your make up, your nail polish. Full of endocrine disrupting chemicals that have never been fully tested for safety. Every cleaning product in your house will also lead to your death. Full of endocrine disrupting chemicals again. Your kitchen… Where to start here? The dangers are lurking everywhere. Pesticides on your vegetables and fruit. Vegetables and fruit imported from China with deplorable conditions and standards, surely they are scheming to destroy America by exporting poisonous produce. Those conditions aside, they were picked before they were ripe and shipped all the way around the world so the nutrient content is lacking. Genetically modified frankenfood. Wheat and gluten and celiac disease. Herbs and spices are laden with pesticides. Chicken and beef including dairy cows are pumped full of antibiotics and hormone disrupting steroids. The WHO just reported yesterday that cured meats like bacon, sausage and ham cause cancer, while red meat in general can be classified as “probably carcinogenic as cancer” Seriously?!? This is the last freakin’ straw. What’s the point in living in a world without bacon? 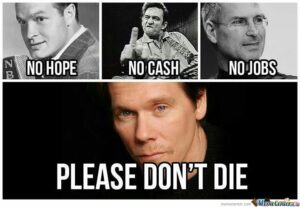 Not only this, but your body is so broken, that it cannot detox without consuming specific detoxifying foods. Because a food’s value is only as good as its ability to cure disease (note sarcasm). However, eat too much of any one of those foods and you’ll surely be poisoned. Kale would be the latest example of this. There is a legitimate concern with everything I’ve mentioned above. But it’s so overwhelming isn’t it? You really want to be healthy. You want your children to be healthy. But the more you look, the more information you obtain, the harder it gets. How can you let your children outside of your home? How can you do anything convenient, conventional or fun? Well, the simple answer is to realize you have been lied to over and over again. The truth is… YOU ARE ENOUGH! Part two comes next week. 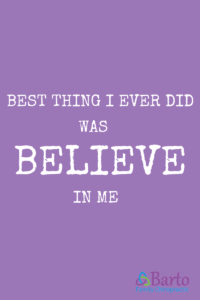